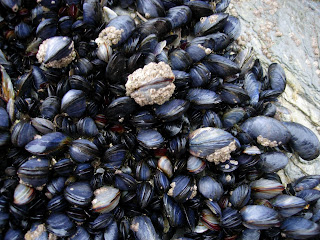 Today's New Idea Monday (NIM) comes to you from The Big Apple.

When I first found out about the itinerary for my Brizo-sponsored trip to New York, I was immediately drawn to the title for one of the seminars.  The seminar was presented by San Francisco architect Sean Culman and was on "biomimicry" a term I'd never heard of and wasn't convinced was even real.

Biomimicry is the science that analyses nature's best ideas and then adapts them for human use.  It was coined by scientist Janine Benyus in her book "Biomimicry:  Innovation Inspired by Nature."  Canadian scientist David Suzuki also turned it into a Nature of Things programme on the CBC.

There are several examples of biomimicry in practice today including: 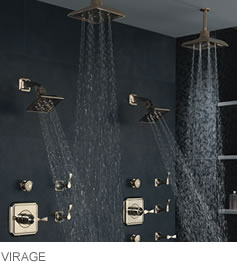 Brizo's H2Okinetic Technology® uses the principles of biomimicry to "reinvent the showering experience—creating a warmer, more luxurious shower experience that blankets the body while using less water."  Simple physics tells us that the larger a mass, the better its heat retention qualities.  H2Okinetic Technology is designed to use larger droplets: the shower stays warmer longer, and the heavier droplets create a massaging effect allowing the bather "feel more enveloped in the warmth of the water" which could lead to the bather using less water.  H2Okinetic is available is Brizo's shower heads and body sprays to help you create a complete shower system.

What other examples of biomimicry do you think could be used in the home?

love learning more and more about biomimicry from the book we were given, plus hearing all your perspectives -- seems the principles are very applicable in many aspects of our lives. Thanks for a fabulous post. tamara

Thanks Tamara! That's the one of the things I love about this business; I'm always learning.

Love the post Arne!
Keep it up and can't seem to get enough of our NYC adventure. Need to keep re-living it.
Lori

That Brizo team is so brilliant.