Will Travel For Footy 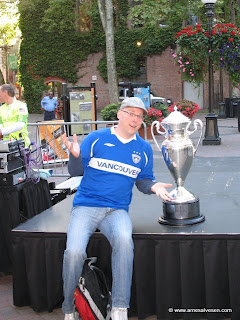 I'm happy to say that this is the last year I will have to travel to see the best football (soccer) league in Canada and the US.  And while some will argue that that Vancouver Whitecaps FC were often the best team (I'm one of them), the MLS is without a doubt the best league.  Next year Vancouver Whitecaps FC joins the MLS, but until then I've had to make runs down the I-5 to catch Seattle Sounders FC matches.  Last year we went down to see an exhibition match against English side Chelsea.  At the beginning of October this year I drove solo to the Emerald City to take in the US Open Cup.

I arrived a bit early, mainly so I could pick up some sandwiches at Salumi.  Salmui closes at 3-ish and I'd promised some friends I'd pick up dinner.  But once the sandwiches were procured, I still had 4 hours before game time.  What's a footy fan to do? 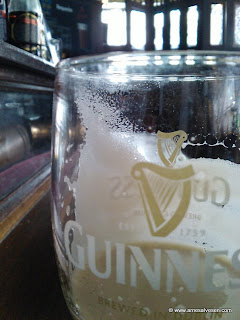 Duh!
The Guinness was courtesy of Fado Irish Pub.  I'm always skeptical of any "Irish" pub.  Most are just a tourist trick to bring in the drinkers.  Having never been to Ireland, I cannot comment at how authentic Fado is, but if Sounders supporters group Gorilla FC uses it as home base ... well at least you know you'll be able to catch some footy on the TV.  Fado is in fact a chain, but the beer and whiskey selection was extensive, and the menu made a pretty decent stab at Irish cuisine. 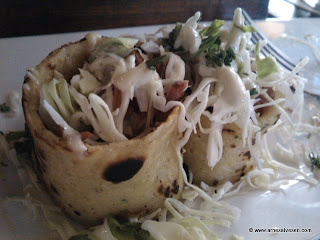 The Boxty & Corned Beef I had was excellent.  Boxty is the Irish version of potato pancakes.  In this dish it was treated like a tortilla, wrapped around some very flavourful corned beef. 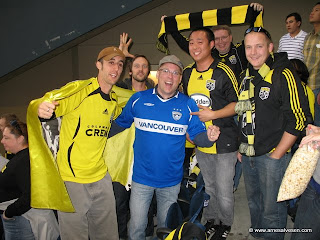 The game was great ... Seattle retaining their US Open Cup title for one more year and ensuring they'll be in the CONCACAF Champions League next year (good thing considering they've botched up their Champions League run for this year).  I even managed to meet up with some of the visiting Columbus fans who travelled a long way to watch their team lose.  But that's footy fans for you.  Sometimes it's just about supporting your team. 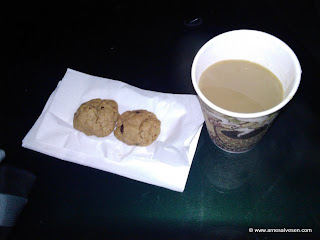 My plan was to stay the night with friends in town, but the game ended early enough that I decided to do the road warrior and drive home the same night.  An uneventful drive aided by the fine folk of the Washington State OES.  If you've ever been to one of the rest stops along the I-5 you know that this service group offers up free coffee and cookies for road-weary travelers.  It was 10pm and I had another 2 hours of driving to go.  I fealt I qualified as "road weary."  "Gladys" was behind the counter that night, and when I pointed at the cookie I wanted she said, "Oh dear.  Those are dunkers."  I'd never heard the term, but when I almost broke a tooth when I bit into the cookie, I knew what she meant.

Let us know next time you come to town! We'll help you kill time before the game starts!